In February I was at a pottery & art exhibition at the Belfry Theatre Studio A called Oil & Dirt put on by Jo-Ann Richards, Jane Francis, Malene Foyd and Gwen Howey. I was so taken in and inspired by the exhibit that asked Gwen if I could try singing into the mouth of these spectacular looking pots. The idea for an impromptu performance was instantly sparked.

I (Bisia) then arranged to come back with two other SoundBody Studio performers and we spent a half hour creating music, by singing into the mouths of a variety of spectacular vases. The beautiful and dramatic sounds that emanated from the vases caught the ears of passerby, and people began popping into the Studio/exhibit intrigued to find out more about what was going on inside.

Below are a few photos of this spectacular performance integrating sound and art: 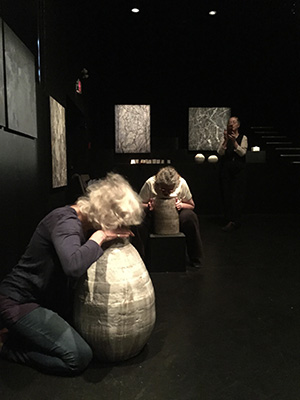 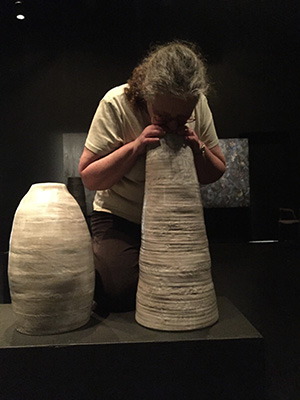 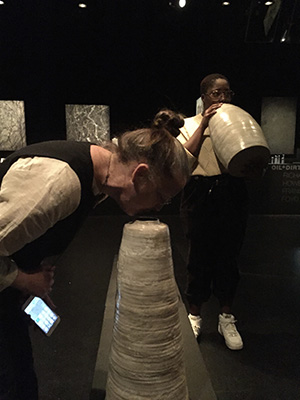 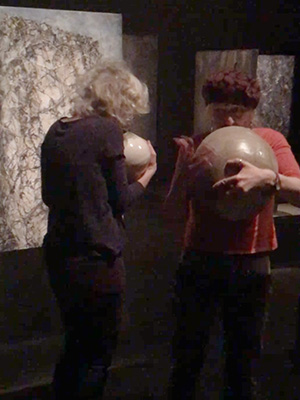 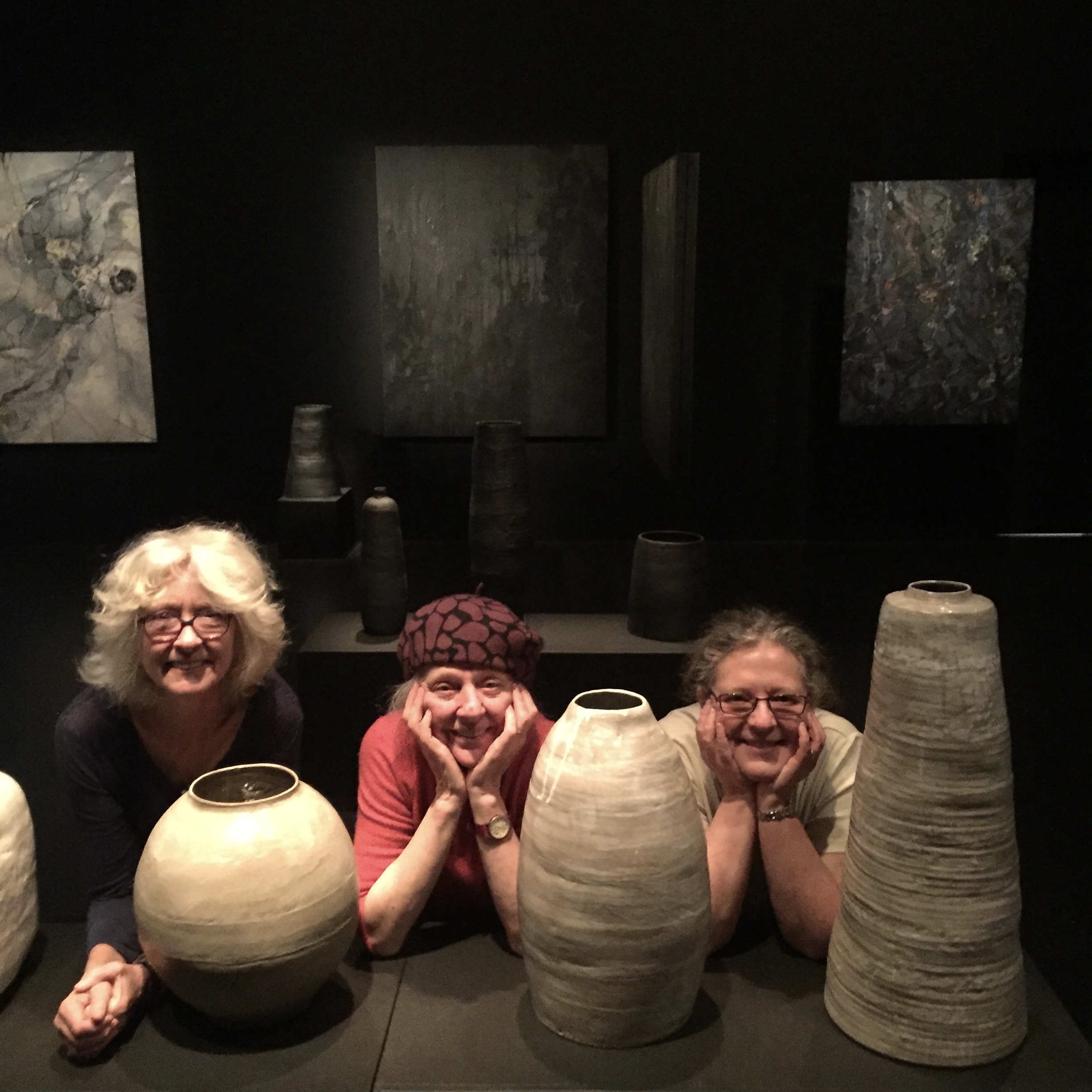 Contact Bisia at SoundBody Studio to arrange a VocalBody Arts Performance (rehearsed or improvised) at your next opening or event.