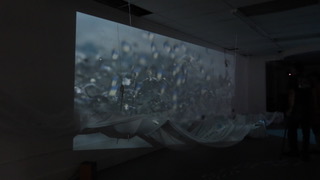 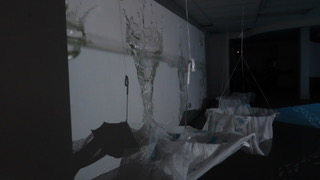 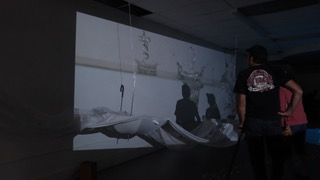 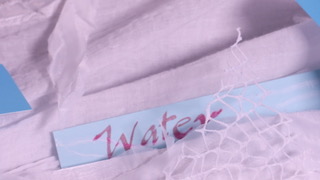 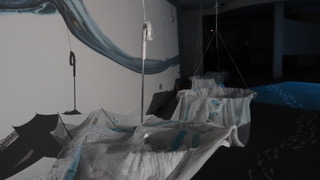 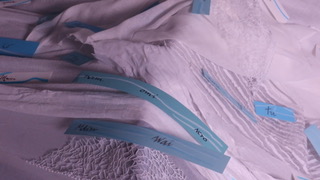 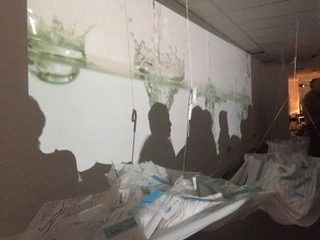 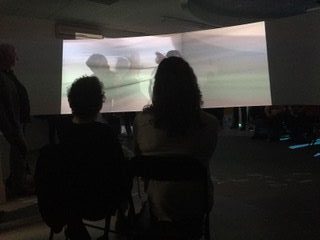 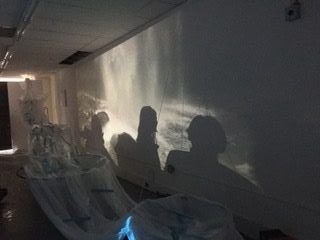 This installation emanated from two earlier performance pieces, Toi Moi and Water (see below), that were created for a larger performative evening, Sound is a Wave (2017). The pieces radiate from experimental, improvisational, vocal sound works made up of multilingual translations.

Nous Sommes concentrates on the essential exercise of You and I (Toi Moi) becoming Us or We, as we work collectively, in a unified way, to protect the indispensable resource of water. Using extensive video projection, the audience is placed into the bigger picture, where their images, shadows and physical bodies are imposed on and incorporated into images and sculptural representations of water.

Bisia Belina, Helene Demers and Serap Brown collaborated for World Water Day 2019 (March). The “Water” video by Bisia Belina, performed in Sound is a Wave in November 2017, and an interactive art installation launched the Celebration Day for Water. 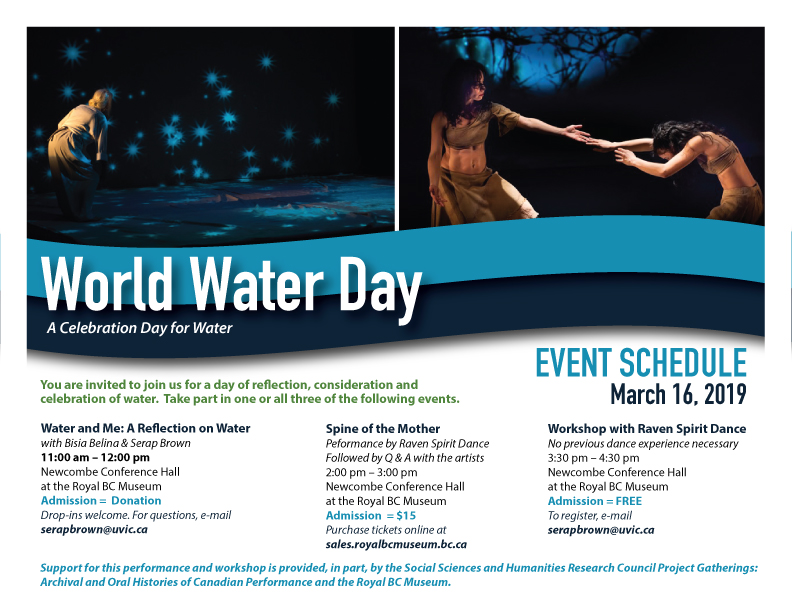 SOUND IS A WAVE 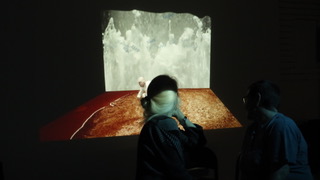 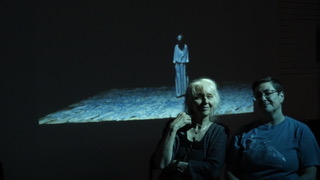 Water is a short video piece by vocal performance artist, Bisia Belina in collaboration with independent videomaker, Anna Malkin.  Water was developed from an improvisational vocal exploration and was featured in the larger multi-media performance, Sound is a Wave, produced by SoundBody Studio in 2017. Video documentation of the original performance is combined with additional video and performance footage to create the current video version of Water.

(Note: Water is currently unavailable for viewing as we are applying to showcase the video at a Festival.)

The following video is a performance piece composed and performed by Bisia Belina.

A special thanks to the following people for their production support services:

Anna Malkin has worked in film, video and sound in one way or another since attending the Ontario College of Art (AOCA 1990). She has produced a number of her own independent pieces in film, video, audio and animation. Anna worked in the feature film and TV industry in Toronto for over 10 years as a Foley Recording Assistant and as a Dialogue Editor (Over 70 IMDB.com credits). She has coordinated, produced and edited countless independent video productions for artists and for independent producers in the art, documentary and educational genres. Anna is half of the instructional video production company MROdigital.com, providing instructional videos for industrial mechanical and electrical systems and she is all of Dovetail Mediaworks, an independent production company that specializes in community, independent and artist projects.  She is also the proud founder of onmyplanet.ca (est. 2011), a trans and queer positive website that is home to The Queer Story Archive, an ever expanding collection of personal experience stories from everyone under the rainbow and the people who love us (over 135 stories available online). Anna was one of the primary developers of Gender Ally (genderally.ca), a series of workshop materials on trans, Two Spirit and gender non-conforming inclusion that emanate from the stories produced for The Queer Story Archive, funded by The Victoria Foundation. Developed by onmyplanet.ca in partnership with Artemis Place alternative high school in Victoria, BC.